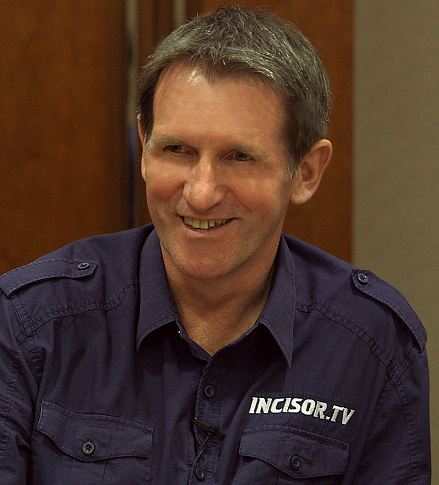 Your Source for the Latest Wireless News & Updates

Incisor.TV is managed by Vince Holton, who transitioned from marketing roles within major technology companies to running an organisation that has helped hundreds of companies to publish and promote messages across the wireless/telecoms, IoT, audio, automotive and smart device technology sectors.

For a period of more than 20 years, Incisor magazine and Incisor.TV have partnered with leading technology companies to create, publish and promote digital content. This has embraced production of Incisor magazine, in-house and partner video content production and news and feature editorial content.

Incisor has been publicly recognised by the Bluetooth Special Interest Group and wider Bluetooth community as having played an important role in the launch, community building and global awareness growth programme for Bluetooth, the most successful short-range wireless technology, with by far the largest ecosystem.

“Incisor and Vince Holton were important for the short-range wireless industry from the onset. While others clearly did, twenty years ago when I first got involved in the short-range wireless industry I didn’t realize the importance of a publication such as Incisor. However, over time I was able to see the influence Incisor had in the industry. It was read by such a wide variety of people shaping the industry that it was an important tool to reach those folks.

Incisor was early to publish facts supporting the fact that one technology can’t provide the optimal solution for all scenarios. Providing information on many technologies, Incisor became an important publication in the short-range wireless industry and not just the Bluetooth portion of that industry. Clearly created by Bluetooth and Wi-Fi, there is more to the short-range wireless industry than those two leaders, and this has been reflected in the pages of Incisor.

During the most important single event for Bluetooth technology, Vince and Incisor were there. When the agreement was signed bringing what became Bluetooth Low Energy into the SIG, Incisor covered the event, making a video and publishing articles about this momentous event which shaped the future of Bluetooth wireless technology.”

Today, the Incisor.TV channel continues to track the latest developments in wireless and smart connected device technology. In addition to our long history with the Bluetooth SIG, we work closely with many standards bodies, including the EnOcean Alliance, DECT Forum, ULE Alliance and Wi-Fi Alliance. Our goal is to help organisations promote exciting technology developments to an entirely self-subscribed global audience that is interested to receive our unique editorial and video perspective.

Much of our work today is based around video production, and the Incisor.TV team has developed skills in producing highly relevant, high production value and cost-effective video production across the globe. More than 400 video features have been created across Europe, the USA and Asia.

If you are part of this important technology community, we would encourage you to work with Incisor.TV to promote your messages to our audience of highly relevant and enthusiastic subscribers. 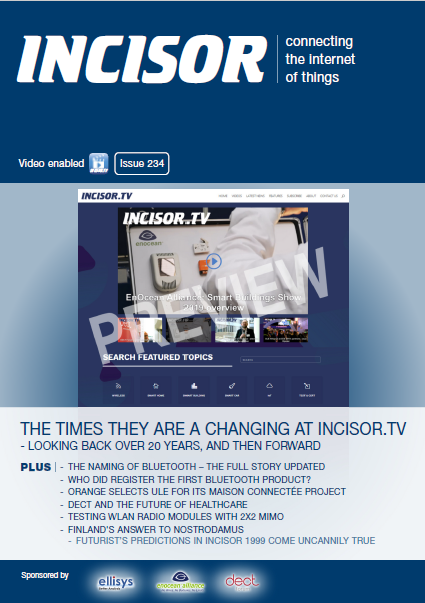