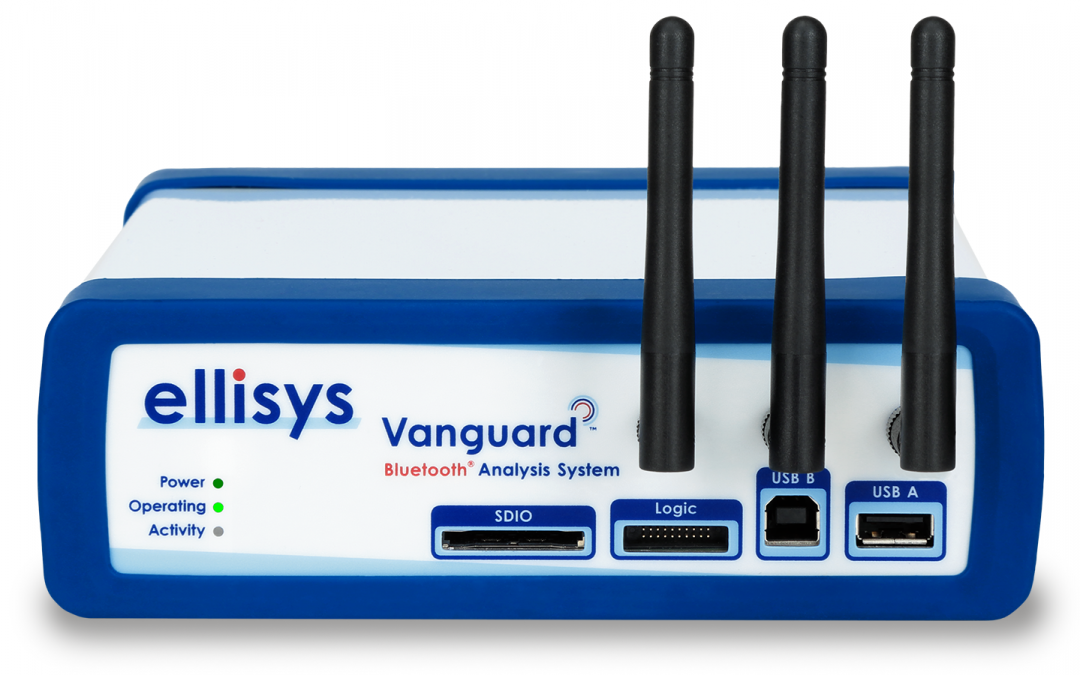 Ellisys, the provider of test and analysis solutions for Bluetooth®, Wi-Fi®, Universal Serial Bus (USB), and other wireless and wired communications technologies, has released a broad complement of innovative features to support development of emerging Bluetooth LE Audio products, including controllers, stacks, and devices.  These features, available on the company’s Bluetooth protocol analysis systems, not only broaden support for the latest Bluetooth LE Audio specifications but deliver unique technical innovations that solve complex issues for developers.

Features released include the new t ZERO™ tracking technology for full and accurate capture of isochronous traffic on connected and broadcast links, an innovative auto-detection capability built into a test-equipment grade integration of the power-friendly LC3 audio codec, and support for several new audio profiles.

“ Our primary design goal from the early days of Bluetooth was to create a robust Bluetooth analyzer capable of capturing traffic without blind spots or other limitations, believed nearly impossible by many at the time,” said Mario Pasquali, Ellisys president and CEO. “That development enabled thousands of engineers in the creation of the wide variety of Bluetooth technology and products that we know today, and with these advancements, we bring further disruption that will accelerate the introduction of the Bluetooth devices of tomorrow. ”

To address these limitations and difficulties, Ellisys engineers have developed a proprietary technology –  t ZERO – that delivers high-fidelity capture of isochronous traffic from the initial instance of isochronous traffic, without gaps or any other limitations.  This technology, available on the Bluetooth Vanguard™ Advanced Wireless Analysis System, also eliminates the cumbersome requirement for engineers to provide the security keys to the analyzer in advance of an isochronous capture process, thus removing time-wasting and frustrating restrictions, so engineers can focus on their work without worrying about limitations of their tools.

Innovative auto-detection for LC3 and coverage of new specs
The Low Complexity Communications Codec, or LC3, is particularly ideal for Bluetooth Low Energy as it provides a high degree of quality, even at its lowest data rates.  This architectural flexibility, which includes a wide selection of bit rates, allows developers to easily manage trade-offs between audio quality and power consumption, enabling extensions to battery life or even smaller battery sizes.  For Bluetooth Low Energy devices, LC3 enables a new wave of development for hearing assistive devices, music, speech, and other audio applications.

This latest Ellisys update, available on all Ellisys Bluetooth analyzer models, not only includes detailed decoding for LC3 traffic, but a new feature based on an Ellisys-designed, test equipment-grade LC3 codec, which allows for automatic determination of advertised LC3 configuration parameters.  Historically, test equipment implementations have required a complete and error-free capture of (wirelessly transmitted) audio codec configuration parameters to properly capture, characterize, and replay audio.  With this auto-detect innovation, even with otherwise critical configuration packets corrupted by interferences or low signal strength, LC3 audio is still recognized, understood, captured, and available for further analysis.  Even incorrect configuration implementations will not prevent LC3 capture.  These attributes make the Ellisys approach truly robust and allows engineers to immediately focus on the audio aspects of the analysis rather than wireless quality challenges or other non-audio issues.  These LC3 updates integrate with a range of existing audio analysis features available on all analyzer configurations.

Additionally, support has been added for several recently released audio specifications that define services and profiles that can operate over Bluetooth Low Energy atop its GATT protocol.  These include:

Availability and product information
Existing customers can upgrade their software installation online to add these features at no cost.  Ellisys Bluetooth solutions are available for immediate purchase with shipments 2-4 weeks from order placement.  Various configurations are provided to meet a variety of customer price and feature requirements.  For more information, including software downloads, please contact sales@ellisys.com or visit www.ellisys.com.

Incisor.TV has partnered with Ellisys for a number of years, and with this interesting announcement, we thought we would get some insight from Chuck Trefts, Ellisys General Manager, US operations. Vince Holton asked the questions.

VH:        Is this new product features release in response to strong growth in the Bluetooth LE Audio market?

CT:         Yes, though more anticipatory than reactive.  That said, we have great confidence in the sensibility and future success of LE Audio.  Already, we are seeing a groundswell of development in this area.

VH:        What are the ‘complex issues’ that developers are facing with Bluetooth LE Audio?

CT:         There are many new complexities, including new encryption methodologies, new protocols for configuration and transfer of isochronous streams over Bluetooth LE, complex sequencing and precise timing requirements that must be understood and characterized, and there is also the learning curve for many engineers around the introduction of the LC3 codec to Bluetooth.

With LC3 Auto-Detect, we create a certain robustness that can allow the user to render the captured audio even if the configuration parameters are not captured, which provides a nice convenience by allowing the user to easily compartmentalize the characterization and debug of audio streams and audio setup protocols.

Due to complexities involving the encryption and decryption methodologies for LE Audio transports, we developed tZERO Tracking Technology, in and of itself a very sophisticated technology, which allows for capture of LE Audio without limitations – blind spots for example.  With tZERO, developers can truly rely on their test equipment and fully focus on their design, debug, or validation tasks, and avoid the issues created by the test equipment itself.

VH:        Your CEO Mario is quoted as saying “and with these advancements, we bring further disruption that will accelerate the introduction of the Bluetooth devices of tomorrow.” Doe the market benefit from companies such as Ellisys acting as disrupters?

CT:         We must stay ahead of the features curve.  That constitutes a big part of the value we can deliver.  We need to provide solutions to developers ahead of the release of new technologies and features, and in complex cases like LE Audio (especially around encryption sequences), staying a step ahead always requires new capabilities that are genuinely disruptive, inventive.  Being early with test and analysis support for new Bluetooth features really compresses the development cycle, contributes to improved design quality, better interoperability between different manufacturers, and reduces costs.

VH:        Why is Bluetooth a “particularly challenging wireless technology to sniff”?

CT:         Quite a long story there, but to summarize, I would say that the volume of devices in just about any environment these days, complex encryption and other security requirements, the wide variety of protocols and topologies, coexistence challenges, limited preambles for Bluetooth LE, the processing power and software intelligence needed to see the full set of channels concurrently for multiple radio types and modulations, etc., are just some of the hurdles that must be overcome.  In addition, these things must be addressed in a way that is transparent to the user or at the least in a way that makes it look easy.

VH:        Could there be any shortcomings as a result of introducing a proprietary technology – t ZERO – into the test and analysis environment?

CT:         No, nothing is lost by the introduction of tZERO Tracking technology.

VH:        Your ability to offer automatic detection of advertised LC3 configuration parameters in the face of corrupted configuration packets seems very clever! How did you achieve this?

CT:         This required that we build our own LC3 codec, no small task!  This codec is purpose-built for test equipment and designed to make lightning fast-decisions based on the characteristics of the stream to render audio immediately to the user – the focus is on the audio, and any mistakes made in the configuration sequences, while immaterial to the rendering of the audio, are still visible and can be exposed and debugged easily. 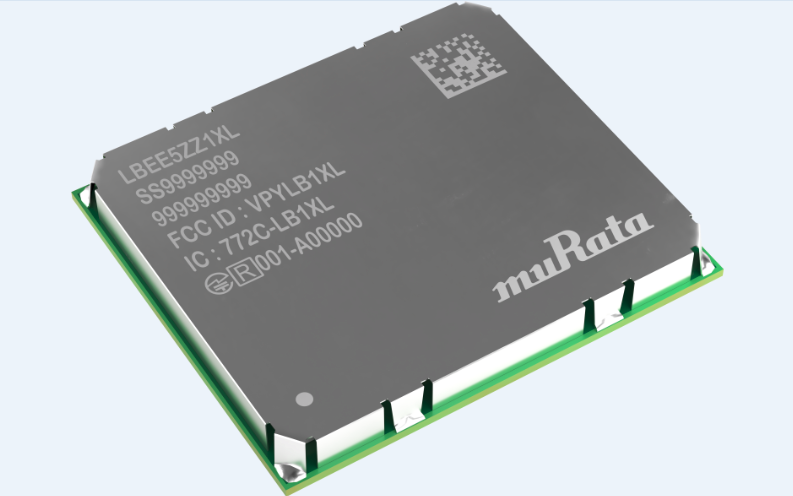 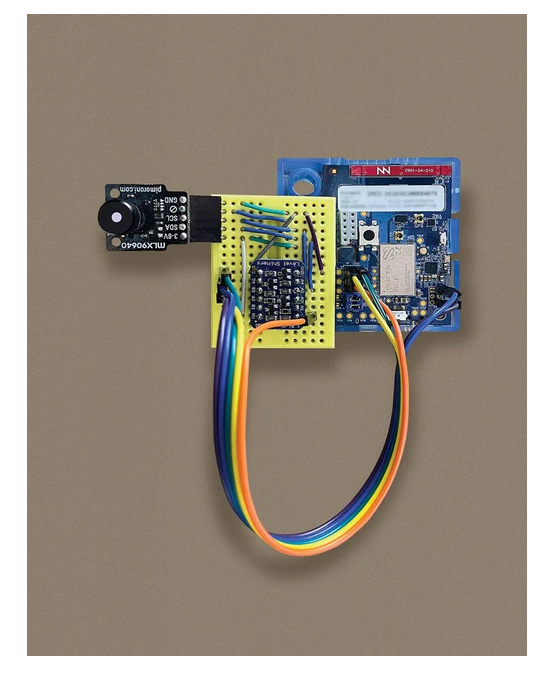 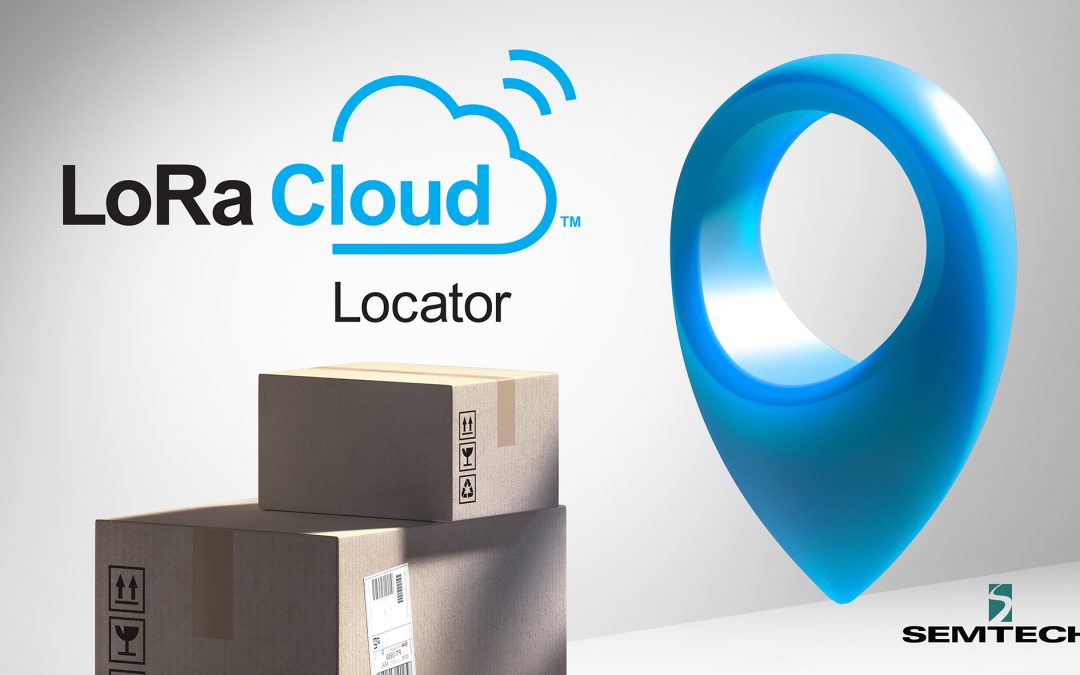