DECT and the Future of Healthcare 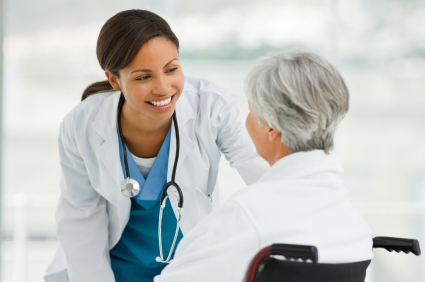 DECT and the Future of Healthcare.

In its “2019 US and Global Health Care Industry Outlook”[1] Deloitte observes that the US healthcare industry is in a transition to a financial model based on value rather than volume.  Keeping people healthy and out of the hospital will be an increasing priority.  In the current model, those involved in healthcare are financially rewarded when more people are sick.  The desire is to move to a model in which they do better when more people get well and stay well.  Deloitte reports:

As the industry continues to move toward this value-based system, here are a few trends US health care organizations should watch in 2019:

Long term trends toward aging populations, increases of chronic diseases, and costly new treatments will continue to increase healthcare demand and costs.  Some research concludes that the patient is perhaps the most underutilized resource in the healthcare system.  Providing patients with actionable information, assisting them to develop the needed skills and resources to become an active participant in their own healthcare is perhaps the single most productive use of resources.  Technology is an enabler of patient engagement.  The use of sensor technology, wireless connectivity and broadband communications have the potential to create new tools for doctors and patients to use in a healthcare management partnership.  Doctors and medical staff are increasingly able to monitor their patients remotely.  Patients have growing options to monitor their own health and wellness and can communicate with their doctors and other healthcare professionals in ways never before possible.  Wireless connectivity has a critical role in this transformation.

The opportunity for the medical device industry and DECT as an enabling technology are enormous.  To the degree innovative sensing using wireless connectivity and integrated with reliable communications can reduce doctor visits and make hospital stays shorter, the cost justification for is obvious.  To be successful, innovative solutions must provide solid evidence that they more than pay for themselves by reducing total healthcare costs.  Some studies suggest that the benefits from spending on medical technologies can far exceed their costs.[4]  When the longer-term benefits of keeping people active and productive and reduced disability are considered the economic contribution of empowering patients to participate in their own healthcare management become quite convincing.

Major advantages DECT offers are reliability and security.  As sensors and healthcare systems are increasingly connected wirelessly, the reliability of these connections is critical.  Unfortunately, the most common RF protocols currently used all operate in the very congested 2.4 GHz ISM band.  As more and more devices of many types use this already crowded band, the introduction of new medical devices is increasingly questionable.  The potential for interference, already high, will only grow over time.

There have been 115,574 reported adverse incidents due to problems with the wireless functionality of medical devices, 12,413 EMI, EMC or RFI issues and 364 reports due to electrostatic discharge.

Wireless reliability is a growing concern with the FDA, medical device manufacturers and those responsible for managing hospitals, medical facilities or healthcare delivery systems.  An RF protocol that offers improved operational reliability has a significant competitive advantage in medical device applications.

Wireless reliability must consider the operating environment the frequency band presents to a wireless transmission.  DECT operates in the UPCS band in the US, which requires all devices to follow a strict spectrum sharing etiquette.  The UPCS band spectrum etiquette provides a significant level of protection for devices operating in it.  In contrast Bluetooth operates in the very congested 2.4 GHz ISM band where there is no interference protection.  For Bluetooth devices, interference from Wi-Fi is the first concern.  Not only must interference to the primary signal be considered but the signal skirts must also be considered and spectrally have an even greater impact.  A typical Wi-Fi signal will fall off by 20 dB fairly rapidly.  Wi-Fi specifications call for the signal be to down by 20 dB in a 22 MHz bandwidth.  From that point the roll-off is slower.  A typical Wi-Fi signal will be less than 40 dB down from its primary signal within a 40 MHz bandwidth.

The impact of these signal skirts is considerable.  With overlapping Wi-Fi channels the whole band will be contained within a 40 dB range.

The energy from these signal skirts affects a Bluetooth Low Energy (BTLE) device operating in the band in two ways.  That portion of the energy that falls within the receive filter window of the BTLE device is received along with the intended transmission and adds noise to it (See Figure 6).  The dynamic range of the BTLE transmission is reduced.

The impact for BTLE is even more severe than for the original Bluetooth.  BTLE devices must connect on one of three advertising channels.  If these three channels are blocked the devices cannot connect.  The skirts from a single Wi-Fi signal can block two of the three channels, leaving BTLE totally dependent on the remaining advertising channel.  Is that is blocked by a second Wi-Fi signal or any other transmission, the BTLE device will not be able to connect.

The effect is that three or more Wi-Fi signals effectively restrict the entire band to a 20-30 dB dynamic range (See Figure 7).  The overlapping skirts of the Wi-Fi transmission create a noise floor, limiting BTLE dynamic range.

It must be remembered that most BTLE devices operate at approximately -20 dB the power of that used by most Wi-Fi devices.  This fact is somewhat compensated for by BTLE concentrating that power in a 2 MHz transmission bandwidth while the Wi-Fi signal is spread over 20 MHz.  The net impact is the separation distance at which BTLE devices can reliably operate is restricted.

The separation distance a BTLE device can reliably operate at in an isolated environment will be significantly different from that experienced in realistic operating environments.

Along with reliability are concerns for security and patient privacy.  The security offered by DECT is critically important because physical security is not possible in a distributed healthcare system compared to a hospital or clinic.  Fortunately, DECT devices that operate in a highly secure environment can be certified  DECT Secure. This implies the default use of Early Encryption, Re-Keying, On-Air Key Allocation and Authentication.  With patient health the absolute priority, hospitals and clinics place a large emphasis on the reliability and predictability of patient services offered via wireless connectivity. DECT ensures this predictability with its unique Dynamic Channel Allocation system, ensuring a clear uninterrupted radio channel availability for devices.

As the strong trends to harness the power of the Internet-of-Things, remote sensing, wireless connectivity with broadband data and communication paths, DECT, because of its advantages in reliability and security should see increasing use in healthcare delivery applications.  The openD open source API  will initially enable  visionary innovation and experimentation at schools and universities, giving developers the tools to create new solutions with the DECT air interface.    Additionally, DECT-5G will bring improvements in latency and reliability  and promises to be backward compatible to legacy DECT and ULE. The future is bright! 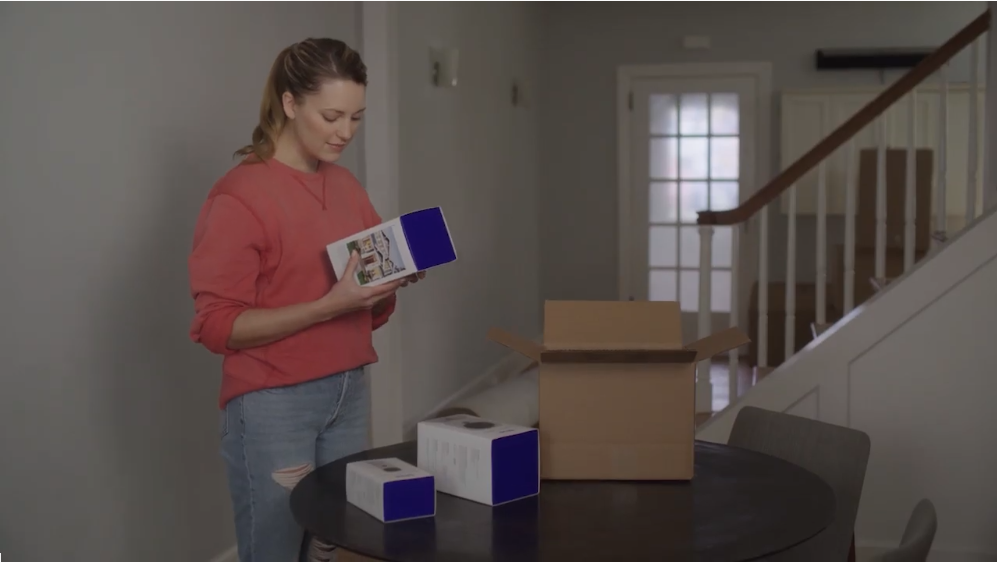 Qualcomm says that it's goal is to deliver unprecedented performance and mobile experiences across smartphone tiers Qualcomm Technologieshas launched a portfolio of mobile connectivity systems that the company claims represent the most advanced Wi-Fi 6E offerings of... 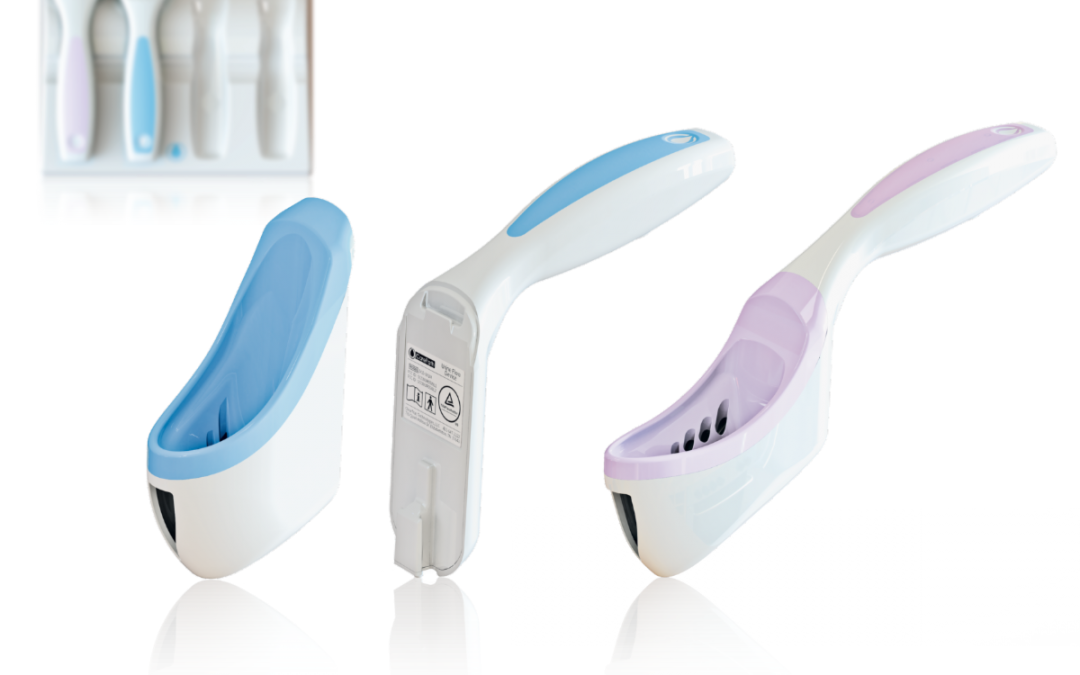 Could this compact and portable battery-powered handheld device revolutionize the sector?Nordic Semiconductor has told Incisor.TV that U.S. medical device startup, ClearTrac Technologies, could be set to revolutionize the urology medical sector with the launch of what...