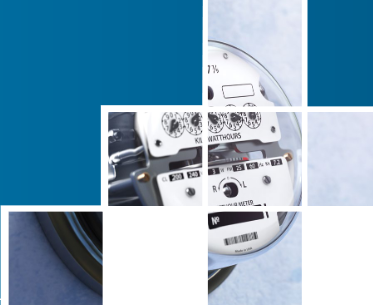 Berg Insight’s latest research notes that smart metering is widely regarded as the cornerstone for future smart grids and is currently being deployed all over the developed world, with a growing number of large-scale initiatives now also being launched in developing countries. Asia-Pacific constitutes the largest market by far while North America ranks as the third largest market after Europe. The two highly dynamic market regions saw a wave of massive smart metering projects being launched or completed during the first half of the past decade. Several major utilities in these regions are thus now preparing for a second wave of deployments to take off, driven by new smart meter functionalities and smart energy use cases. Other markets in South and Southeast Asia are on the other hand just beginning their smart metering journeys, following in the footsteps of the leading markets in East Asia.

Berg forecasts that the installed base of smart electricity meters in North America will grow at a compound annual growth rate of 5.7 percent throughout the forecast period, from 110.4 million in 2019 to a total of 153.8 million in 2025. Asia-Pacific – defined as China, Japan, South Korea, India, Australia and New Zealand – is projected to see the installed base of smart electricity meters grow from 659.3 million units in 2019 to 886.1 million units in 2025.

North America was the first region in the world to move beyond traditional energy metering through the widespread introduction of AMR which started in the 1980s. Today, intelligent grids are becoming an integral part of the development of smart cities, and smart meters’ ability to improve the reliability and resilience of energy supply constitutes an important driver of growth in the region. A majority of the large investor-owned utilities in North America are now either fully deployed or in the implementation or planning phases of large-scale projects, and a second wave of deployments is now beginning for the early adopters. The penetration of smart electricity meters in the region was 64 percent in 2019 and it is expected to increase to 86 percent in 2025, primarily driven by large investor-owned utility projects in the US as the relatively mature market in Canada is only expected to see moderate growth.

Asia-Pacific meanwhile constitutes the world’s largest and fastest growing meter market with an estimated installed base of over 1.3 billion electricity and gas metering devices. Annual demand for electricity meters in the region is in the range of 90–145 million units, with China accounting for around 70–80 percent of the volumes. The Asia-Pacific region is highly fragmented in terms of the level of smart metering adoption and the regional 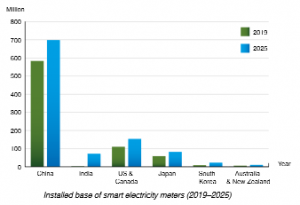 markets can be divided into three general groups. Two countries – China and New Zealand – have more or less completed their first wave of smart electricity meter rollouts. In China, second wave deployments have already been initiated and are soon to begin in New Zealand as well. South Korea and Japan are on the other hand in the midst of their nationwide deployments. While Japan is right on track to complete rollouts according to timeline by early 2025, South Korea has not been able to meet its initial 2020 deadline due to multiple severe delays. The South Korean rollout is therefore now expected to go on for several more years. The third group consists of markets finding themselves in the early phases of smart meter deployments – Australia and India. Although Australia was early to deploy smart meters in the state of Victoria, the market has since stayed dormant and just recently resumed deployments after having switched to a retailer-led approach. The Indian market has after years of pilot projects now slowly begun large-scale deployments of smart metering, largely driven by ambitious governmental targets to reach nationwide coverage within just a few years. In total, the penetration of smart meters in Asia-Pacific stood at 69 percent in 2019 and is expected to grow to 82 percent in 2025.

Berg believes that the markets in North America and Asia-Pacific are largely dominated by local or regional players and only a few companies – such as Landis+Gyr and Itron – have managed to establish a major presence in both regions. China and South Korea constitute two particularly isolated markets where a large number of domestic vendors serve the national utilities in their respective market. Similarly, the countries have also seen largely independent technology trajectories in the smart meter communications space, with RF mesh historically preferred in North America, Japan and Australia while domestic PLC technologies dominate in China and South Korea, and cellular being the primary choice in New Zealand. Cellular communications is also expected to be a favoured option in India’s upcoming mass-deployments as well as in Australia’s market-driven installations 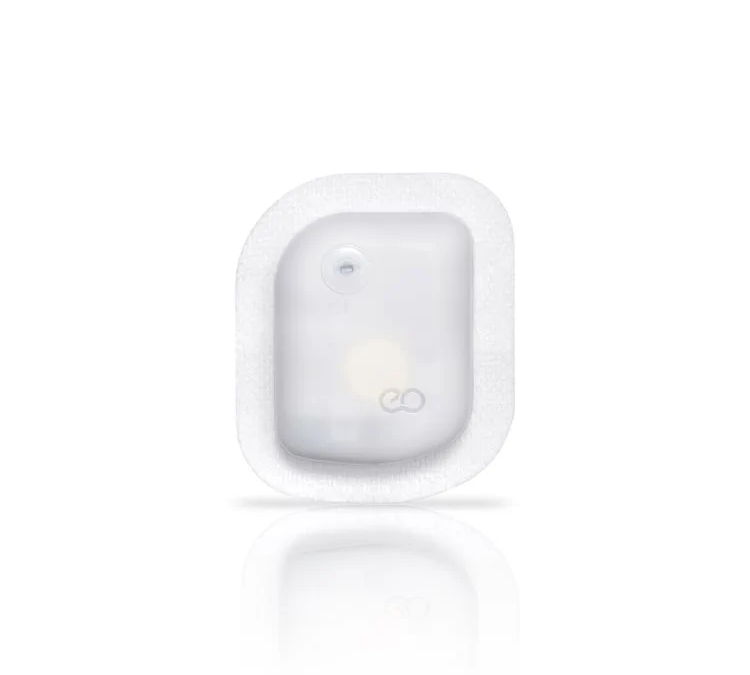 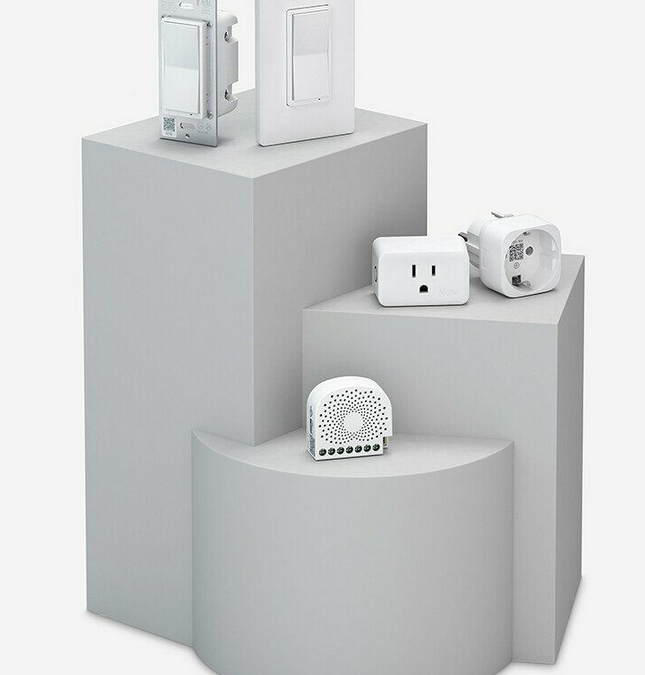 First in new illumino range of smart switches and dimmers It was near-on a decade ago that Aeotec released its first in-wall switches. Building upon that engineering know-how and experience, the Z-Wave specialist has released the first successor to its Micro and Nano... 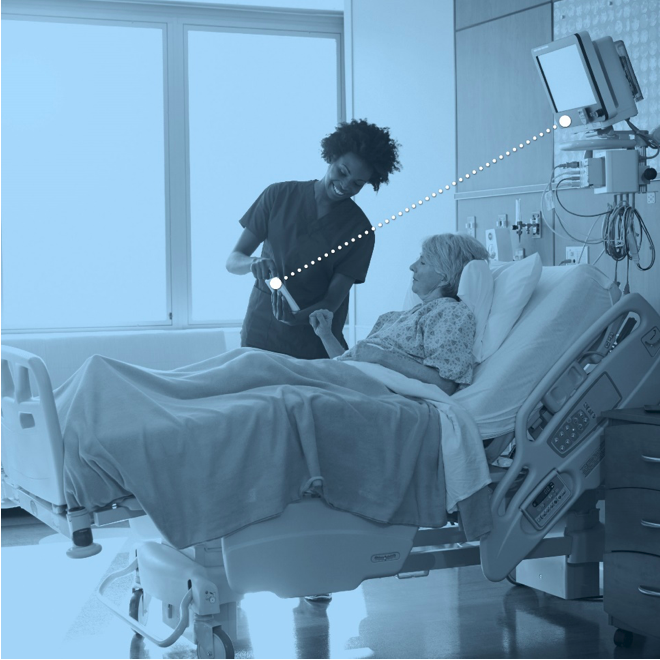